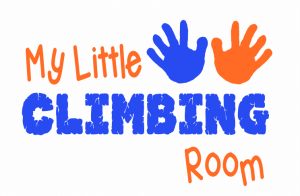 We believe that every child is born with the ability to climb. We are all natural climbers. It's just that we lose it over the years as we stop using those muscles and movements. Think back at those childhood times running, jumping, and climbing around whatever you can. Those were super fun right? Kids love to climb and jump around, and it's good for their development. So why stop them?

Every part of My Little Climbing Room is designed with kids in mind. Our climbing walls are intentionally kept low so that they are less intimidating and more welcoming for the children. Our bouldering wall is well padded to protect the child when they fall.

We designed kids climbing games to make climbing even more fun. Our climbing surfaces have a variety of angles to accommodate different level of abilities. Even if you think that your child can't climb, I guarantee you that you will change your point of view after visiting us.​

While we designed the placed for kids, we didn't forget about you, the parent. The entire place is fully air-conditioned and cleaned daily. We dedicated a space to keep toddlers occupied while you bring "kor kor jie jie" (elder siblings) to climb.

Feel free to sit down and rest while the little one continues to run and climb around. It's not a huge place so you don't have to run around to keep an eye on your child. You will always have a direct line of sight of your child. So rest easy and start taking those Insta-worthy photos and videos to share with your friends. Psst.. Don't forget to tag us too.

Our co-founder, Winson, is an experienced climber. He has been climbing since 2003 and won several awards and medals. He is also a father to a young child. In fact, prior to this, he was a stay-at-home dad while running his business from home. So not only is he an experienced climber, he's good with kids too. Here's a few words from him about why we started My Little Climbing Room

Letter from our Co-Founder:

Hi, I'm Winson, the Co-founder and Lead Instructor of My Little Climbing Room.

When my son was born in 2014, I told myself that I will let him learn to climb on the wall before he learn to walk and let's just say that it's kind of a success ;)

As my boy grows up and shows interest in climbing, I started bringing him around to different climbing centres but I always find it challenging.

Climbing centres are built for adults, not kids. I'd have to keep an eye on him all the time to prevent him from wandering into danger zones where climbers might fall onto him. Since it's meant for adults, the climbing holds are often out of his reach too. In fact, some places deny entry for him because of his young age. It was frustrating for me as I can see that he enjoys climbing.

My wife and I took it upon ourselves and built a climbing wall at home for him.

It's a small wall. But he loves it. And the reason is simple: He can actually climb it. We often play games on the wall and incentivise him by placing his favourite toys at the top of the wall.

As much as he enjoys it, it's still a tiny wall. There is only so much he can climb on it. In 2017, we saw that a lot of new climbing centres are sprouting up all around Singapore. BUT, there is still nothing for kids! That's when we decided to do it ourselves.

While this is a business, it's also my passion project. I've been a business owner for quite a few years before starting this but never have I had such strong drive and motivation. I love playing with kids and I love climbing. Two of my passions collide and that's what this is about.

Join our Insider List and get exclusive deals. You'll always be the first to hear of the good stuff!